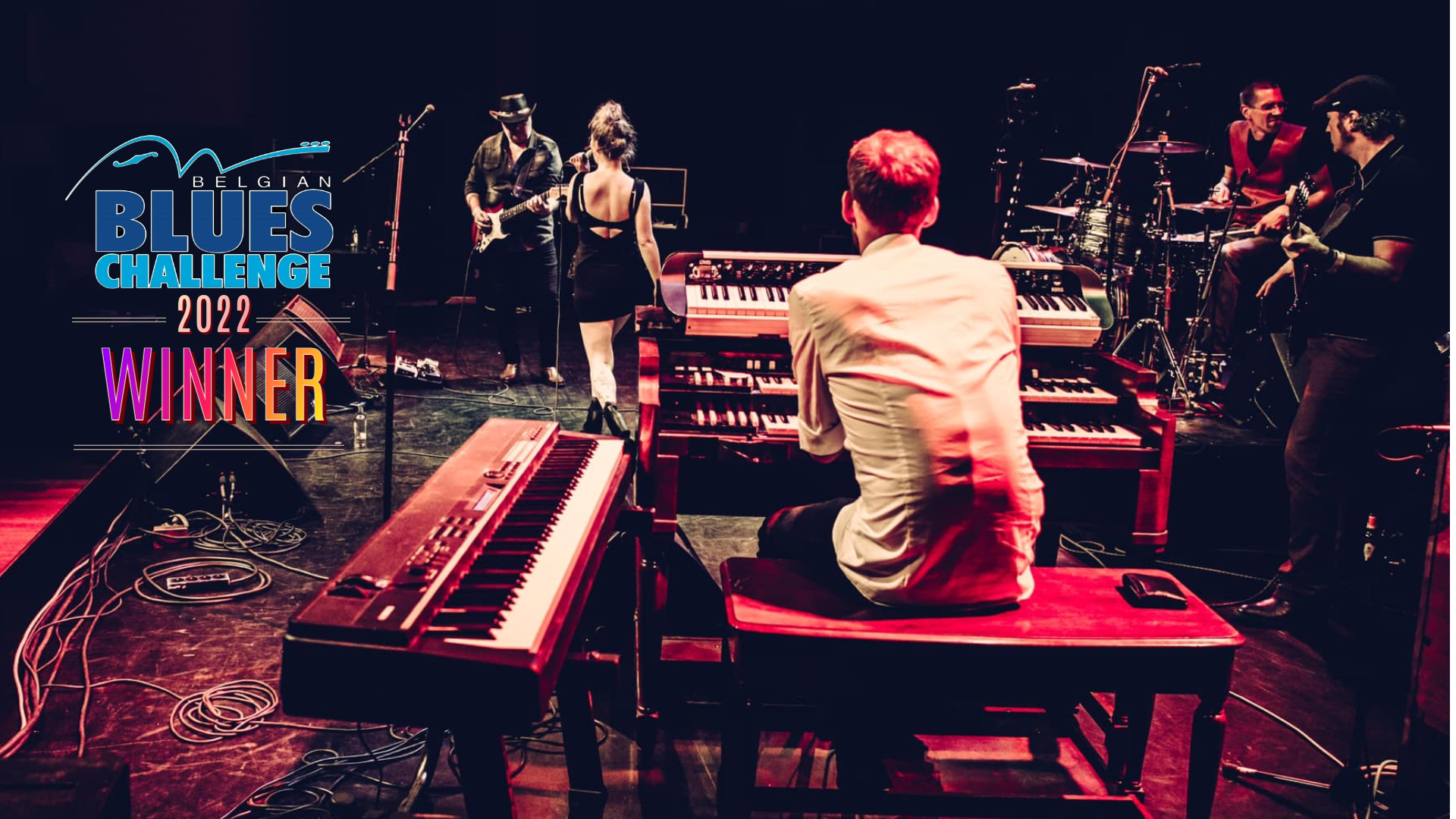 Belgian blues magazine ‘Back To The Roots’ made a great review for the debut album ‘Sad And Blue’ by Özgür Hazar and now you can experience this Blues Guitar hero with his Louvain-based collective ‘The Blues Syndicate’ live on stage too. A star-quality quartet of long-time blues cats – with next to Hazar also Pieter Akkermans on Keys, Geert Zonderman on bas and Vincent Caers on drums as well young and talented singer Arianne Yaya is owning the lead vocal performance.

Band playing the songs from ‘Sad And Blue’ mixed with all-time favorites from artists such as B.B. King, Eric Clapton and Stevie Ray Vaughan. A musical journey along the Mississippi River from Chicago to New Orleans and from Houston, Texas to Memphis, Tennessee.

Ozgur Hazar was born in 1976 in Istanbul and has moved to Leuven/Belgium in March 2018. Influenced by Stevie Ray Vaughan, Jimi Hendrix, Eric Clapton, BB King, Matt Schofield, and other Blues legends.He lived in the US – Philadelphia between 2004 – 2006 and played with several bands in clubs there.

The first single ‘Sad and Blue’ was included in Blues and Rock Review album sampler 11th edition, together with great artists such as Allman Betts Band,Samantha Fish, Laurence Jones Band, Danny Bryant, Ken Valdez, Savoy Brown, and other great artists. The debut album “Sad and Blue” has been released 1st of January, 2020

Özgür Hazar returns to deliver his latest blues/rock album ‘Sad And Blue’. The nine-track album features emotional instrumentation, story-telling lyricism, and anthemic vocal performances by Özgür Hazar and many others. ‘Sad And Blue’ radiates a story-telling, inspirational vibe that will feed the soul. Undoubtedly, the album has the ability to impact the listener as it contains a unique style that gives the overall song an identity. From ‘Sweet Angel’ to ‘Fuzz Funk’, the album has it all to impact the listener. The powerful guitar riffs, uplifting instrumentation, the lyrical depth, and the overall flow of the album will take the listener into a musical journey. ‘Sad And Blue’ has the ability to resonate with any blues aficionado as it has every element to be catchy, memorable, and impactful. Özgür Hazar and his band continue to tour and promote the album around Belgium & Europe

Ozgur is included in  BRR Album Sampler 11th version ! You can listen and download below